So, if you're here, I guess you want to learn a little bit more about me, huh? Well, I can give you some insight about who I am. But just a little bit - I need to keep some things to myself! 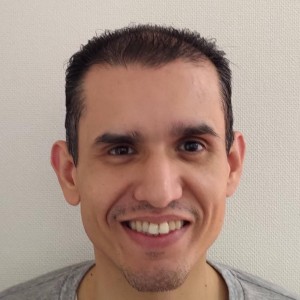 My name is Dennis Martinez, and I currently reside in Osaka, Japan. I'm 36 years old (and a Scorpio!). In case you haven't noticed around the site, I'm a programmer / developer / software engineer / code monkey - it can change depending on the day, and I can never quite distinguish between those positions. Ever since I have use of reason, I've always enjoyed technology, video games and computers, from the first day I remember playing Pole Position in an arcade when I was about four or five years old. Ever since, I've always seemed to gravitate towards this field. When I found out I could actually make a career out of working with computers, I immediately jumped at the chance.

My formal education on computers actually started when I was in high school, where I took a couple of courses on electronics. The entire course consisted more in consumer electronic equipment than anything else. That really wasn't of my interest, and it actually bored me. Because of that, I have absolutely almost no recollection of what I learned during those years. But it did give me the chance to start using computers, which up until that point, I had never done before.

After those formative years, I was accepted into the Interamerican University of Puerto Rico, Ponce Campus. I got into Computer Science solely because of that title. I had absolutely no idea what it consisted of, other than I had to take a lot of math courses and I would specialize in computers. So it was pretty scary for me to take those first few programming courses. But after taking my first class, which was basically an introduction to programming, I instantly fell in love with the concept of programming and being able to create things. Since the world was starting to revolve around computers at that time, particularly with the Internet, I felt that there was no better career choice than that. And it's one decision I do not regret taking, at all.

My first introductions to programming were with C++ and Visual Basic. At the time, I thought that they were the be-all-to-end-all programming languages. Keep in mind that those languages were my first experiences at the time. Although I'm sure they both have their uses today, I think I've already moved along to other, possibly easier and more flexible, than those languages. But these two languages helped me get my foot in the door, so to speak.

After getting that first bit of knowledge, I wanted to learn more and more. At around this time I learned that what I was being taught in college was just a very, very small portion, the tip of the iceberg, so to speak. There was this thing called Linux and Open Source that was becoming popular. There were so many programming languages that I wanted to learn them all. Information about databases was appealing to me. I soon realized that this was going to be a life-long journey, and just as soon I accepted this.

To me, being a software developer is more about passion than anything else. I know so many people who took this career path because they thought it would be an easy path towards a quick buck. And while it may be true in some cases, I can guarantee you that if you don't love this, you won't last long. It takes a truly dedicated individual to do this for a living. And I don't mean only doing it from 9 to 5. It takes more than than, some passion and some motivation, and the will to get better every single day. That's what I'm always trying to do.