Technology is really great. From being able to carry a computer-like phone in your pocket to being able to make a real-time video call with someone on the opposite side of the world (and all the silly things in between, like cat memes - we all like those), it's pretty incredible the things we have access to that weren't feasible just a handful of years ago. I'm definitely a proponent of technology and for me, it's usually the more, the better.

I'm in front of a computer the majority of my day. It would make sense that just about every tool I use on a daily basis is just a few keystrokes or mouse clicks away. However, there is a thing that I realized will never work for me using technology, regardless of how much I have tried throughout the years, and that's writing things down. Whether it be for notetaking, making a to-do list, or anything else that requires me to sit down and write something to remember later, technology just fails for me. I can sit down and easily type in whatever I want, but inevitably things will either be forgotten quickly or lost in the digital ether when I need it the most.

It's not due to lack of adequate tools for this purpose. There are way too many tools out there, like Evernote, Google Keep and Workflowy, with more coming out seemingly every day to accommodate just about any kind of workflow imaginable. I've tried a lot of these tools and have tried my best to stick with a few of these tools for months to give them a fair chance, but inevitably I found myself forgetting about the things I wrote about in the past or would just not maintain my notes at all, so it would all just accumulate to no end. It was just adding to my mental clutter even though it would technically be out of my mind.

I did land on something that clicked and worked perfectly for me - good old-fashioned pen and paper. Yep, the person who spends the bulk of my waking hours in front of a computer has resorted to offline tools. And it was just what I needed. Nowadays I can remember and recall things a lot easier after I write it down on paper, even days later. Before, I often couldn't remember what I typed earlier in the day and would have to look it up.

There have been plenty of studies conducted to test the theory that writing things down can help with memorization as opposed to typing things down in a computer. I've experienced this directly in many aspects of my life. In my Japanese language studies, I noticed that I remember kanji (adopted Chinese characters) much more efficiently when I take the time to learn how to write them with a pen (yes, even those with 29 strokes) as opposed to seeing them on screen or typing it into a document. When I go grocery shopping on the weekends, I find myself not even having to look at the shopping list I wrote down on paper, whereas before I would inevitably forget one or two items if I didn't continuously check my list while at the store. These are just two immediate benefits I've had when I started writing more and typing less.

I admit, at first, I hesitated on doing this. I thought I would be giving up benefits like being able to search things quickly. While it's impossible to quickly scan a crowded notebook in milliseconds like a computer can, there are definitely ways around it. For example, the way I keep track of my daily tasks is using the Bullet Journal system. This helps me organize my tasks and things I want to follow up on using an index, and I've been able to find just about anything I needed quickly enough. It also takes a bit longer to write something as opposed to typing it, but I feel that I still save time by writing something by hand and not having to look something up because I forgot, like I usually do when typing.

I also hesitated because I thought it was just so cumbersome to have to carry something extra with me like a notebook. But I found smaller notebooks that were perfect for these needs and I could carry them in my pocket. My absolute favorite notebook right now is the Midori Traveler's Notebook. It's not really a notebook, but more of a system or notebooks you can customize to your needs. In my case, my Midori has three notebooks inside: a grid notebook for my Bullet Journal, a dot grid notebook to sketch any ideas that pop into my head, and a blank notebook for anything that I want to jot down to get out of my head. It's a bit pricey, but I feel like it's one of the best purchases I've ever made. 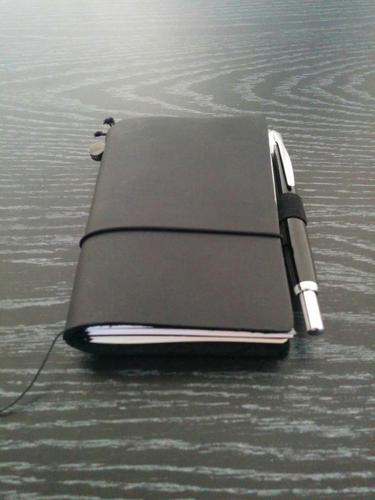 The main key for me keeping with this habit has been to find quality equipment that I will enjoy using on a daily basis. Like I mentioned, the Midori Traveler's Notebooks are on the expensive side, but the quality of the materials are so much better than anything I've ever used before, from the leather cover to the paper that has a nice tactile feel and doesn't bleed through when writing with dark inks. It just makes me want to pick it up and write something all the time. I certainly didn't have that feeling when I was in school with my Jean Book (Puerto Ricans will get that reference).

I don't limit quality on paper only. I also discovered quality writing instruments in the world of fountain pens. Having a good fountain pen made it such a joy for me to write. Fountain pens are definitely pricey - the best "cheap" fountain pen I've tried is the Pilot Metropolitan, which goes for a little under $20 - still substantially more expensive than a pack of your run-of-the-mill disposable Bic ballpoint pen. But these pens are durable and so much fun to use. There are tons of unique inks you can fill these pens with, and they definitely write much nicer than most pens you're probably used to. It makes a typically mundane task like writing something by hand a lot more enjoyable.

I highly recommend investing in a nice notebook and pen and get to writing. There's a Chinese proverb that goes along the line of "The palest ink is stronger than the most powerful memory", and I truly believe this to be the case. I'm actually going to update that proverb to 21st century standards and say "The palest ink is more reliable than any type of cloud storage". 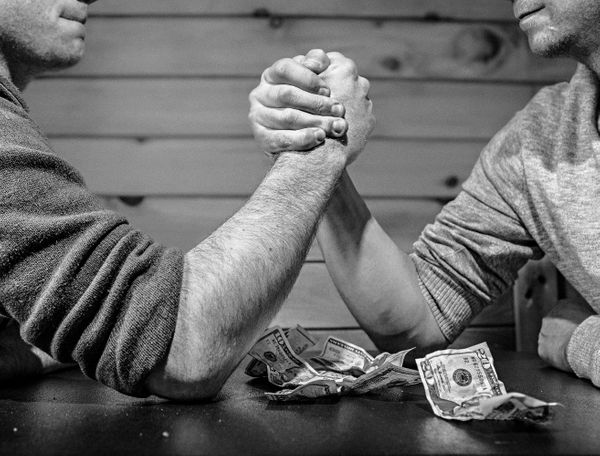 I'm in the middle of preparing for a long-distance move (Berkeley, California to Osaka, Japan). Part of that preparation is deciding what I will be taking with me. In reality, 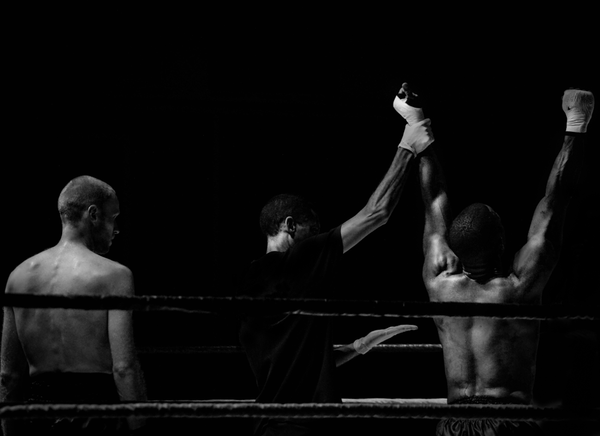 A few weeks ago, I decided to spend my spare time after work tinkering on a side project. I tossed around a few ideas in my head and decided on