I've been working remotely as a full-time employee for over a year now. For the majority of my almost 13-year career, my workplaces have been strictly local, with remote workers occasionally joining the fray. It's been an interesting shift, and for the most part, I've enjoyed it. Not having to do a daily commute, besides walking to a coffee shop or co-working location, definitely helps save time and one's sanity. Those BART trains were getting ridiculously crowded and frequently delayed - I couldn't stand it anymore.

However, now that I've been in my current position for a bit, I've noticed that there's a bit of a misconception about how companies operate when their employees are not all working from the same place. I've observed that while all of these companies consider themselves to be similar, there really are two different types of companies - distributed and remote. On the surface, they both look and sound the same, and the terms are often used interchangeably. In both types of companies, the employees work in separate locations. Often, those locations are in different time zones. They mostly communicate and share work using a variety of online tools (Slack, GitHub, Trello, Google Hangouts, etc.).

However, I make a very clear distinction between a distributed company and a remote company based on one thing: how they communicate with each other.

In distributed companies, communication tends to be more spontaneous and direct. This is due to distributed companies typically having multiple employees at the same location. Although the company is located in different areas of the world, there's still a normal office environment in each location. People can see their co-workers on a daily basis, and they can talk to them at any time. Whether it's a planned meeting or an informal chat near the coffee machine, communication can and often does happen at a moment's notice.

In remote companies, communication is usually more calculated and structured, because it has to be. While you can instantly send a message on Slack to a co-worker who's thousands of miles away, this typically occurs due to necessity. There's some thought put into that message, unlike just bumping into someone down the hall and saying something quickly. I see this behavior personally - I rarely ping one of my co-workers unless I need to. Remote companies also require public asynchronous communication, especially when employees are in vastly different time zones. It's not ideal to have work conversations or meetings when some of the employees are asleep on the other side of the world.

The reason I wanted to make this distinction is because many people and companies tend to confuse the two. Because each type of company has an ideal way they should operate, confusing one type over the other can create some issues within the company. Each type of company should realize its strengths and its limitations in order to operate with as little conflict and discord as possible between its employees.

The main issue I've found is that, very often, a company might think that they can be classified as a remote company, as I explained in my personal definitions above. But the reality is that in their day-to-day operations, the company is really more of a distributed company. Communication tends to happen face-to-face as opposed to online. Teams in similar time zones tend to have more interaction with each other than those who are on the opposite side of the world. Ideas are formed in one office and only shared when there's work to be done, cutting others out of the early collaboration process entirely. There's just a lot of communication mishaps that happen when a company fails to operate within their ideal classification.

I've seen this from other companies as I've done research on the topic. I've even felt it myself. As the lone person in my company who's not within the boundaries of the Eastern and Western U.S. time zones, I admit I've felt this way many times before. I wrote about this in March and it's still a struggle sometimes. I try to be as verbose as possible when sharing anything related to my work. I've been pushing for more public chats and more shared documents. If someone sets up a meeting, I don't mind having it at 10:00 PM or 6:00 AM. But despite everyone's best intentions, communication still falls between the cracks. There are still messages that aren't shared, meetings I'm not a part of, etc. It's not intentional, but it still occurs.

When I wrote that first blog post, one of my former co-workers who was remote during my time there made an interesting comment about companies that have these types of issues:

"It thinks it's either a remote company or an on-site company; the hybrid approach ("oh yeah, you can work remotely but we don't really know how that works") doesn't work in practice."

That comment really got me thinking about this whole topic, and as I observed my own situation and behavior, I noticed this comment rings true. When people try to mix both types of communication, there's going to be some friction. I recently received this comment regarding communication between people who don't have much overlap during their normal work hours:

"The timezone asks the team to be incredibly cognizant and organized with their communication. This, in my mind, is largely a good thing. However, it does work against some natural, organic, human instincts with communication. I think humans, naturally, want communication to be personal, emotional, and inefficient."

This makes perfect sense to me. Those who are in an office are drawn to having direct communication, keeping those who are not in an office isolated from the conversation. On the other side of the argument, those who are remote try to make everything public and structured, not endearing to those who find writing and communicating online to be either tedious, annoying or just aren't mindful of this type of communication. Striking a balance is really tough.

As I was about to finish writing this post, Quartz published an article about Automattic in relation to their current operations. Automattic has a staff of over 450 people in 45 countries, which has forced them to become more structured towards being a remote company. Among the keys I took away from this insight into their company is that is the fact that they truly encourage communication to be shared and public. The article mentions that they want meetings to happen online even if team members are in the same place, all in the spirit of transparency. I agree wholeheartedly with this approach.

Their former CEO was quoted saying this:

“The worst possible thing when you’re working from home is that you feel you’re not in the loop. We want everyone else who is remote to feel completely equal.”

This is where the friction I mentioned before comes into play. If some people feel left out of the loop, they're going to feel undervalued or - even worse - completely ignored. That's why it's really important for the company and its employees to be aware of what everyone should be aiming for that would work best for everyone.

It takes hard work to keep a company running smoothly, and having employees in different places of the world is especially challenging to keep going with minimal difficulty. It also takes a long time, as well - Automattic has been experimenting for over ten years to get to the point where they are now. I feel like things will be easier for companies in the future, as more people share their discoveries on what works well and what should be avoided, which is part of the reason for me writing this. I'll do my part, and hopefully there's more awareness all around for companies and employees all over the world lucky enough to be able to work in this way. 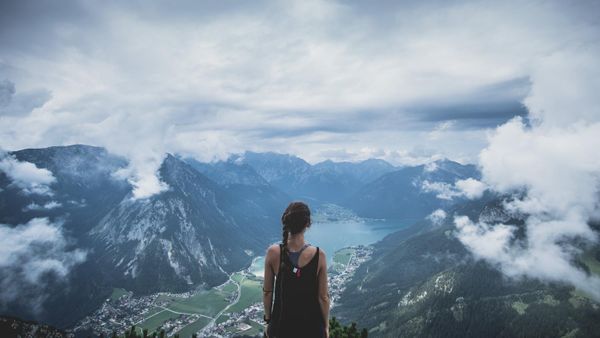 Earlier this year, I began to include swimming as part of my normal workout routine. The gym I go to has a swimming pool that I'm free to use at 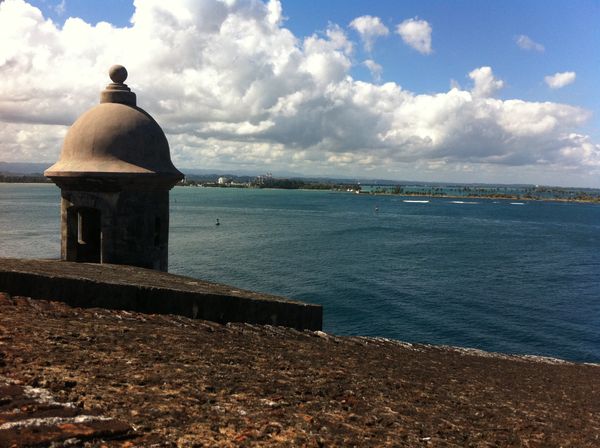 Last month, CNN published an article regarding a sizable increase in Puerto Ricans migrating towards the United States. This was in response to the island's Institute of Statistics publishing a