A few months ago, my most frequently used app on my smartphone was Pocket Casts, a podcast player. It was one of those apps that I kept open on my phone all day, always ready for me to press the Play button - which was often.

I knew what a podcast was since 2004 when the term had been initially coined. But it wasn't until I bought my first iPod in 2008 that I downloaded my first podcast. I remember enjoying a lot of early video shows - Diggnation and Ask A Ninja were some of the programs I followed at the time. While I enjoyed those shows, I just consumed podcasts very occasionally, often not even bothering to download anything for months.

Fast-forward to a few years later. In 2013, podcasts were becoming more popular. The podcasting world had grown quite a bit since I first downloaded a few shows on my old iPod. There were tons of shows on any topic. More people were rattling off their favorite feeds. I started hearing the term "podcast" being thrown around in non-technical places.

This explosion in popularity made me revisit my podcasting ways. I found shows for just about every single one of my interests, along with podcasts that sounded compelling enough to give a listen. Before I knew it, I had dozens of feeds set up on my smartphone, subscribing to everything that seemed even remotely interesting.

Every single morning I had hours of new material just waiting to be heard. I spent countless hours going through everything that I downloaded overnight. When I woke up and took a shower, I had a podcast playing through a Bluetooth speaker. While I prepared breakfast or dinner at home, my smartphone would be on my kitchen counter, sounding a new episode of one of my favorite shows. Taking walks to work or to run errands were a joy thanks to being glued to my headphones and listening to something new.

In the years following my rediscovery in the world of podcasting, the growth in that area has been exponential. Recent studies indicate that there are over 700,000 active podcasts out there right now, with that number growing every single day. Celebrities and corporations have podcasts to promote their brand. Some people make their entire living off of podcasting. It's an entirely different world these days compared to how relatively unknown podcasting was just ten years ago.

As podcasting has become one of the trendy things to do nowadays, I've found myself enjoying it less and less. Listening to the shows I had subscribed to started to become less fun and more like a chore to go through. I still listened to every show, the habit ingrained in my being so profoundly that I couldn't let go.

A few months ago, as I looked at the piles of unlistened shows on Pocket Casts, I felt a bit of anxiety bubble up to the surface. I thought to myself, "Why do I even have these shows on my feed?" I was subscribed to over 40 active feeds and had lots of new episodes waiting for me to press "Play" - many of them over an hour in length per episode.

At that point, I did something I wouldn't have done before. I started removing the podcast feeds from the player. By the time I was through with it, I had just five feeds left.

I don't know why it took me so long, and I don't know what triggered me to do such a mass cleanup on the spot. But I do know that I instantly felt so much better. I was unknowingly trapped in a FOMO trap, prompting me to keep so many podcasts that were not serving me in any way possible. Being liberated from that trap was incredibly freeing.

I've thought about what changed about podcasts that made me enjoy them less. My first thought was that I had too many and had to scale down. But I think the main issue is that nowadays it seems like most podcasts are just one big advertisement for something. Whether it's a service or product that the podcast hosts are providing, there's always a pitch somewhere.

I understand that although podcasting has a low barrier to entry, they still take time and money to produce. I also don't mind ads placed in shows as a way to help the podcaster offset some of those costs. But these days, lots of podcasts seem to be more focused on the promotion aspect rather than content. It often felt like many podcasters use the medium solely as an attempt at a money grab or to find some shred of fame online.

The feeds I was subscribed to often had great content, but the shows wrapped around whatever the podcaster wanted to sell. Sometimes the sales pitch was straightforward; other times, it was more subdued. However the pitch was presented, it eventually made me feel like podcasters only cared about themselves, not about putting a good show for the listeners or views. It grew tiresome. I don't expect everyone to feel the same way about that. For me, I couldn't handle it anymore. The podcast feeds I keep nowadays - about six feeds total - revitalize me instead of making me feel mentally drained.

I've also replaced the habit of listening to podcasts by listening to audiobooks. I've come to enjoy this a lot more. The topics run much more in-depth than your typical podcast episode, and you don't have to deal with ads or someone else's agenda. Sure, some books are one big ball of fluff or a veiled attempt at advertising. But at least these days you can read reviews about any book and decide whether it's worth your time.

If you're someone who's like I was, I would highly encourage you to take an in-depth look at your podcast feeds. See what information you're putting in your brain daily. Without realizing it, you might be filling your days with ads and sales pitches, pulled by someone else's agenda.

Notice how you feel when you finish listening to a podcast episode. Do you feel energetic and reinvigorated, or do you feel numb and drained? Also, pay attention to what you think and do afterward. Do you continue thinking and exploring the topic or put something you heard into action, or do you erase it from your brain as you queue up the next show?

I'm mostly talking about podcasts here, but this can also apply to any of the infinite sources of content available nowadays - YouTube, Instagram, and Snapchat have a similar effect on you. Being mindful on how any of these things make you feel can make a huge difference in your day to day life.

Break the habit, lose the fear of missing out, clean up your feeds, and I'll guarantee your life will improve. 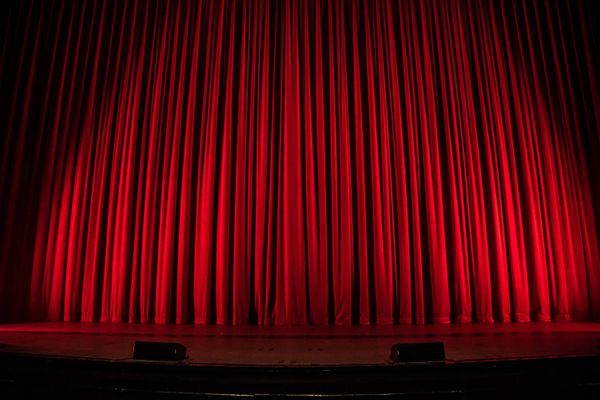 No one sees what's behind the curtain. People only see what's in front of them. And to be honest, most of the time that's the only thing people really want